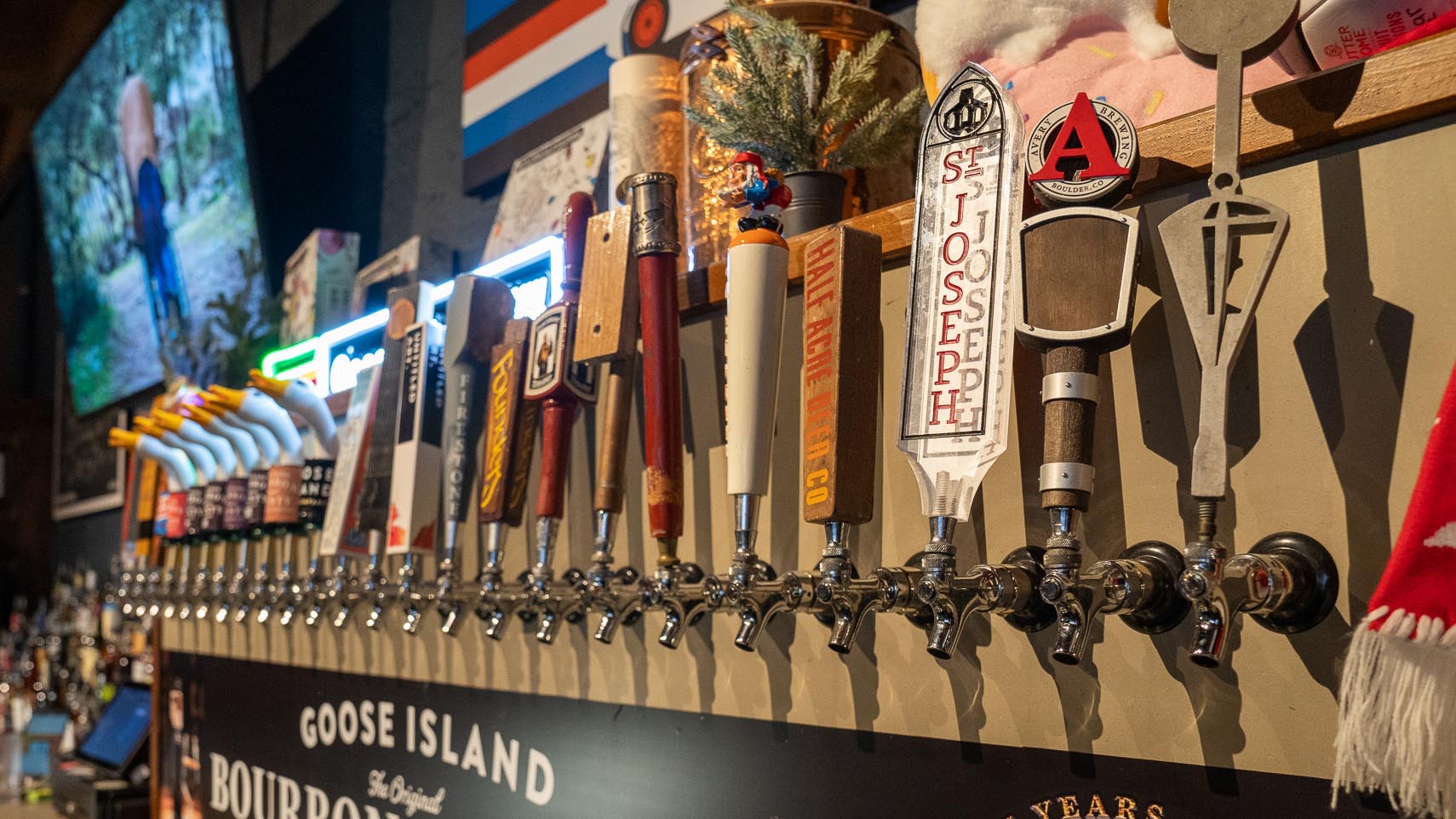 Remember when most bars only had four taps? Perhaps we're dating ourselves but believe us. Long before the days of 100 tap beer bars, restaurant beer options were likely any combination of Bud, Bud Light, Coors Light, and Sam Adams or Yuengling.

That was it. But not anymore!

Of course, that was before the craft beer explosion in the US. Today, there are more than 9,000 breweries in the United States. Restaurants and bars have responded to this shift towards local brewers and national craft brewers by investing in more draft offerings.

Endless options are a boon for beer fans, but nothing is ever easy. Now we are presented with choice overload coupled with limited attention from the bartender. Brewers must stand out on the tap wall that seems like it stretches out the door.

How have they done it, you ask.

By upping the essential branding tool in the bar and designing epic tap handles!

What Makes an Epic Tap Handle?

Tap handles fulfill a vital job behind the bar. A tap handle is a lever by which beer tenders pull to release carbonated beer through a draft line and into a beer glass. Service would be slow without the tap handle, and the bartender's hand would be mangled without the lovely physics of leverage to engage the components of a beer faucet. Hooray! But there is another job beer handles own: beer branding, the calling card of a beer in a crowded market.

Great beer handles not only allow the beer to get to us, but they also call to us in the first place. They catch our eye and, in a split second, show us something that we desire. It may be a specific beer style, but it may also be a color we like. A tap handle may offer a connection that isn't about beer.

When we see a familiar tap handle, that's branding. We trust that tap handle. But branding is also seeing a new tap handle with a fish, mountain bike, or baseball bat. We might like those things, so we give them a try too. It's all branding, and the best brewers are masters at using tap handles as brand extensions. It's how breweries (and all types of companies) create lasting fans, not just customers.

The 3 E's of Epic Branding

When analyzing branding, the name Peter Drucker often comes up. Drucker's branding philosophy, among other efforts, has him recognized as the "founder of modern management." Of Drucker's most famous works was his take on branding leading him to coin the 3 E's of Branding:

Drucker wrote that brands should offer at least two of the three E's to be a valuable brand. If a brand possesses all of these qualities, they are great. The markers are easy to identify in tap handles of breweries. For instance, a brand can efficiently utilize the same handle for each beer by designing a handle that can switch out face plates. A brewery brand can be effective by having the clearest type face for consumers to see in a dark bar. You can't order what you can't read, right? 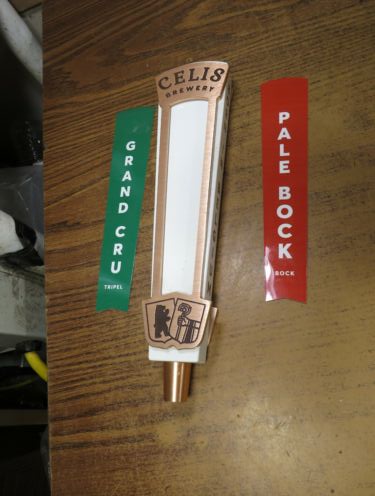 And finally, a brewery can offer an experience by designing a handle that excites the consumer and customers can identify with. Craft brewers successfully create experiences for their customers, and the best can translate that experience with a tap handle design.

With Drucker's 3 E's in mind, here are 16 tap handles from breweries from all over the US. Some are well known, others smaller. But through each, one of the 3 E's is evident.

Dogfish Head Craft Brewery may be known for off-centered ales, but brand consistency is a hallmark of its brand presence. The tap handles are the same neon yellow shark for most of their beers. You'll recognize it in any bar you visit, and the bright color ensures your eye will gravitate toward it first.

More recently, Dogfish has invested in some pretty ornate handles, impressive in their own right but could be more efficient. 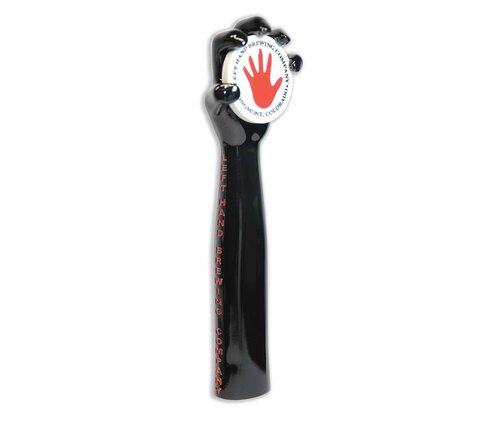 Branding should be clear and super simple. It's no wonder why we love these Lefthand handles. One only needs to see the iconic red left-hand logo to know that it's a quality beer. I wonder if most folks don't even see the black resin-filled hand that holds the emblem. It doesn't matter. The logo is all that matters. 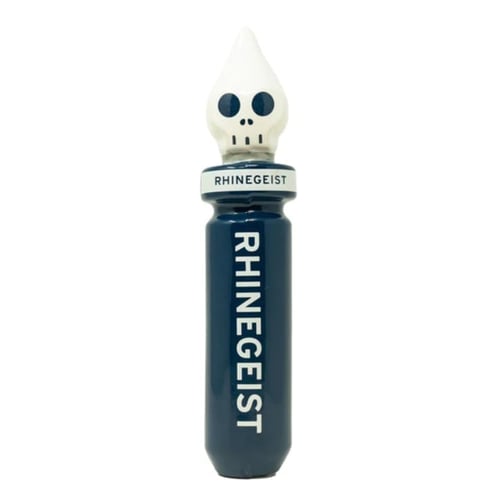 Consistency is so important to a brand. Rhinegeist knows this. That's why their tap handles are so similar. They're small enough that they can't be read clearly by someone with terrible eyes, but as soon as you see their ghost mascot on top of each handle, you know what to ask about. 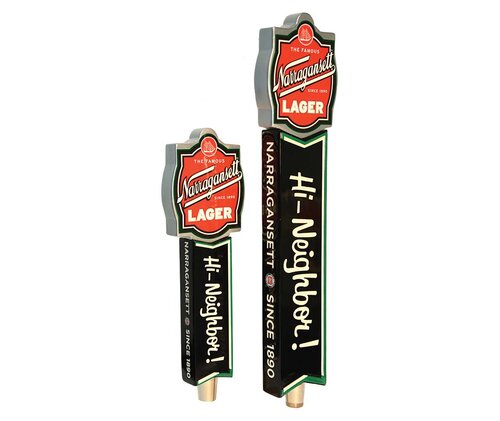 Heritage brewery Narragansett knows how to connect with its fans fast. For years, they have used the tagline: Hi Neighbor! Their customers recognize, love, and identify with the kind phrase. There is no need for bells and whistles for this brewery when you can clearly and succinctly represent your brand on a tap handle. 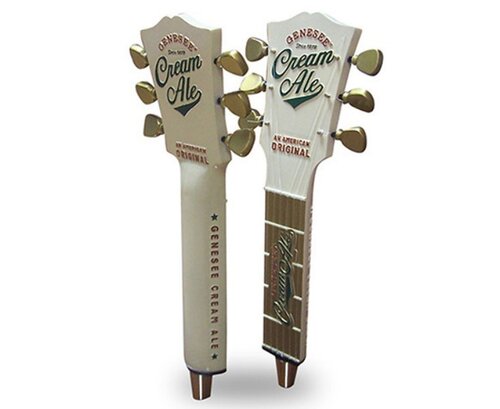 Great beer and music go hand in hand. Perhaps you're at the bar to hear a show. If that's so, a guitar tap handle will interest you. Some good music and a Genny are the ticket to a great night.

At first glance, there isn't much to write about when looking at Lagunitas' iconic IPA tap. But you surely know it's an IPA, and if you're a fan of Lagunitas, you'll know the tap handle when you see it. It might not be colorful, but no one can say this handle isn't effective. Everyone knows it when they see it, and it's why Lagunitas IPA has stood the test of time. 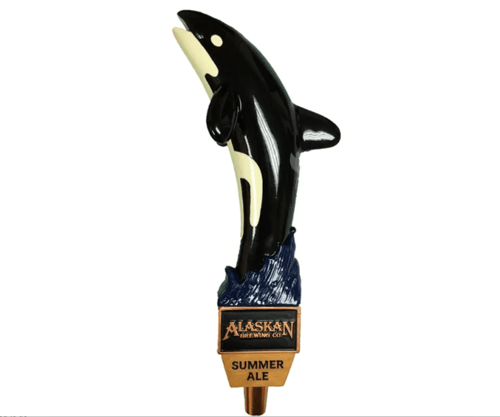 What does a whale have to do with beer? I dunno either. So, what's it doing on a tap handle?

The killer whale on Alaskan Brewing's Summer Ale bottle label is just as effective on a tap handle. It has the experiential effect of transporting you to Alaska to watch an orca break the ocean's surface and rises above all of the non-descript tap handles to catch your attention. 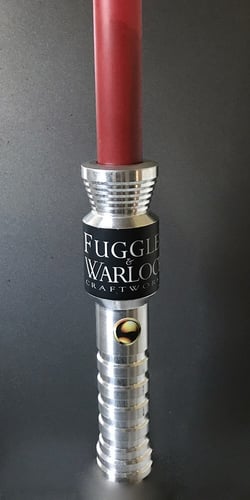 Even casual Star Wars fans can get excited by a lightsaber handle. Just think about seeing this at a bar on May the 4th. It doesn't even matter what type of beer it is – I'm ordering that one!

A great brand, and therefore an excellent tap handle, connect you to a place – an identity. If you live in DC, you share that identity. DC Brau knows this and intertwines the DC feel into its brand. If you've just touched down in DC and caught a beer at Dulles or International, this beacon of beer screams: LOCAL!

Efficiency is about catching your eye and cutting through the noise to get people to act. Nothing catches your eye like a meat clever tap handle. And there's just something about Danny Trejo that makes you want to order.

A legendary brewery with an iconic logo, Allagash has been so consistent with its branding over the years that this epic tap handle doesn't just offer you a classic Belgian-style wit but transports you to Portland, Maine. It makes me want to be in a canoe, listening to the loons calling at sunset. Since I'm not in the NW, I'll settle for the beer instead.

I don't know what space camping is or has to do with beer, but who cares? The tap handle blinks. Sometimes a little novelty will go far, like to space on a camping trip. But who has to replace the battery when it runs out?

We revel in the macabre. A brewery with the name Ghostface better put you in the mood to be scared. Their skeleton arm handle gets me excited to be spooked. How about you? 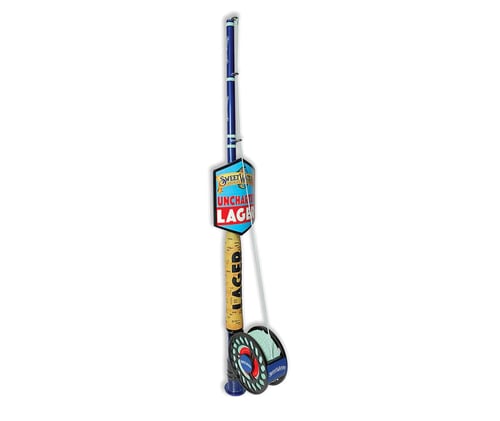 Sweetwater is known for fishing and beer (also cannabis). Their fans identify with their passion for protecting the water for fish and beer fans alike, so deviating from their standard tap handle for this fly rod handle works and endears their base.

Not only does the Wyoming brewery's brand extend through their cans to their tap handles, but the images also evoke adventure and the wilderness. For example, you might not be able to take a road trip to Jackson Hole, but you can drink the beer there.

The next time you're at a bar, take a closer look at the tap handles that catch your eye. So why did you notice them, and what branding elements do you think they capitalize on? Bonus, this stuff is a great topic to chat people up around you.

The Performance Platform is a Winner! (Literally)

Knowing inventory levels is key in business. Kegged inventory used to be a black hole - but not anymore. Learn how data can improve your customer experience. 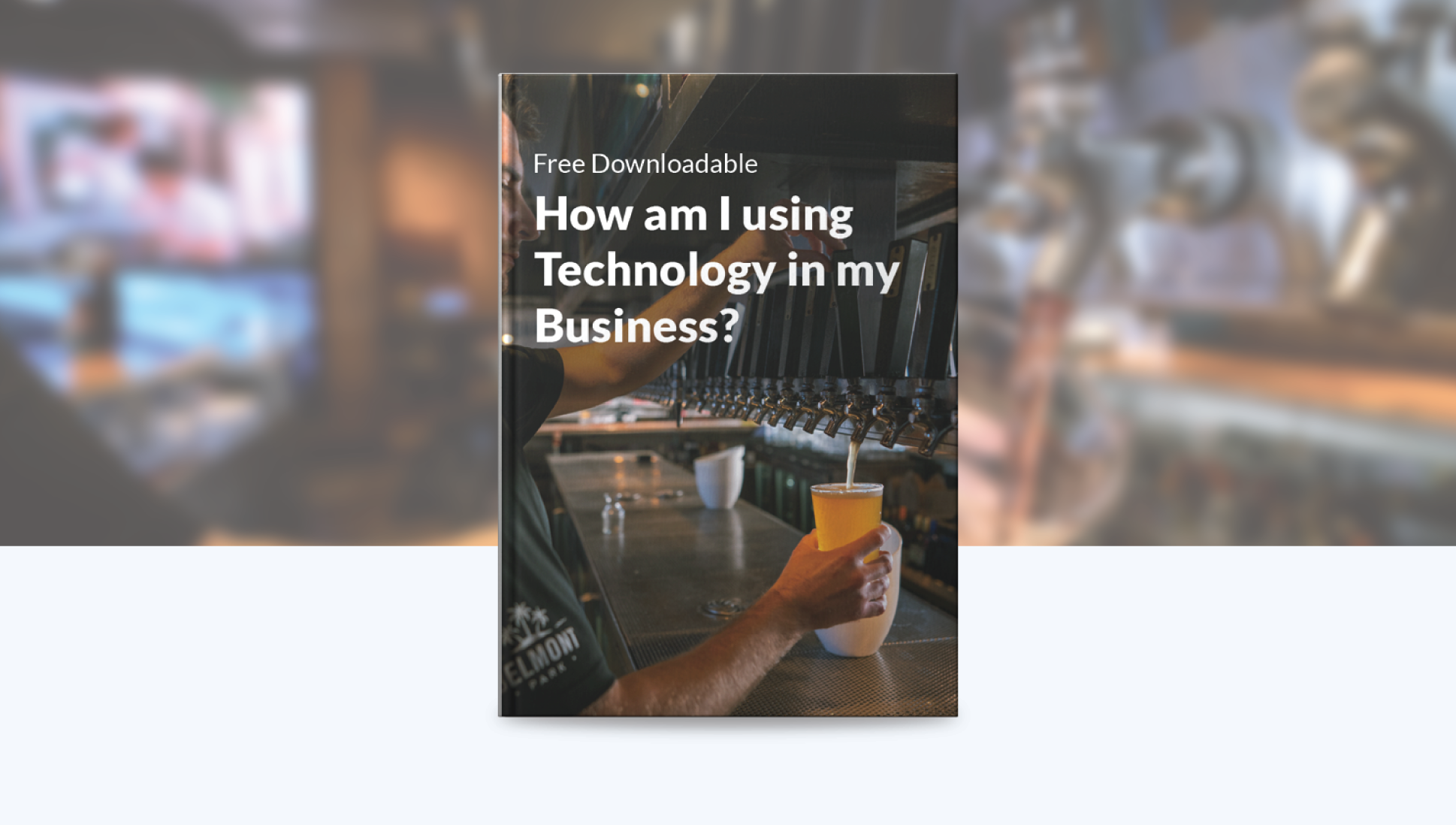 Do you run a bar or restaurant? Are you using technology? See how well you run an efficient operation with a quick questionnaire for on-premise managers. 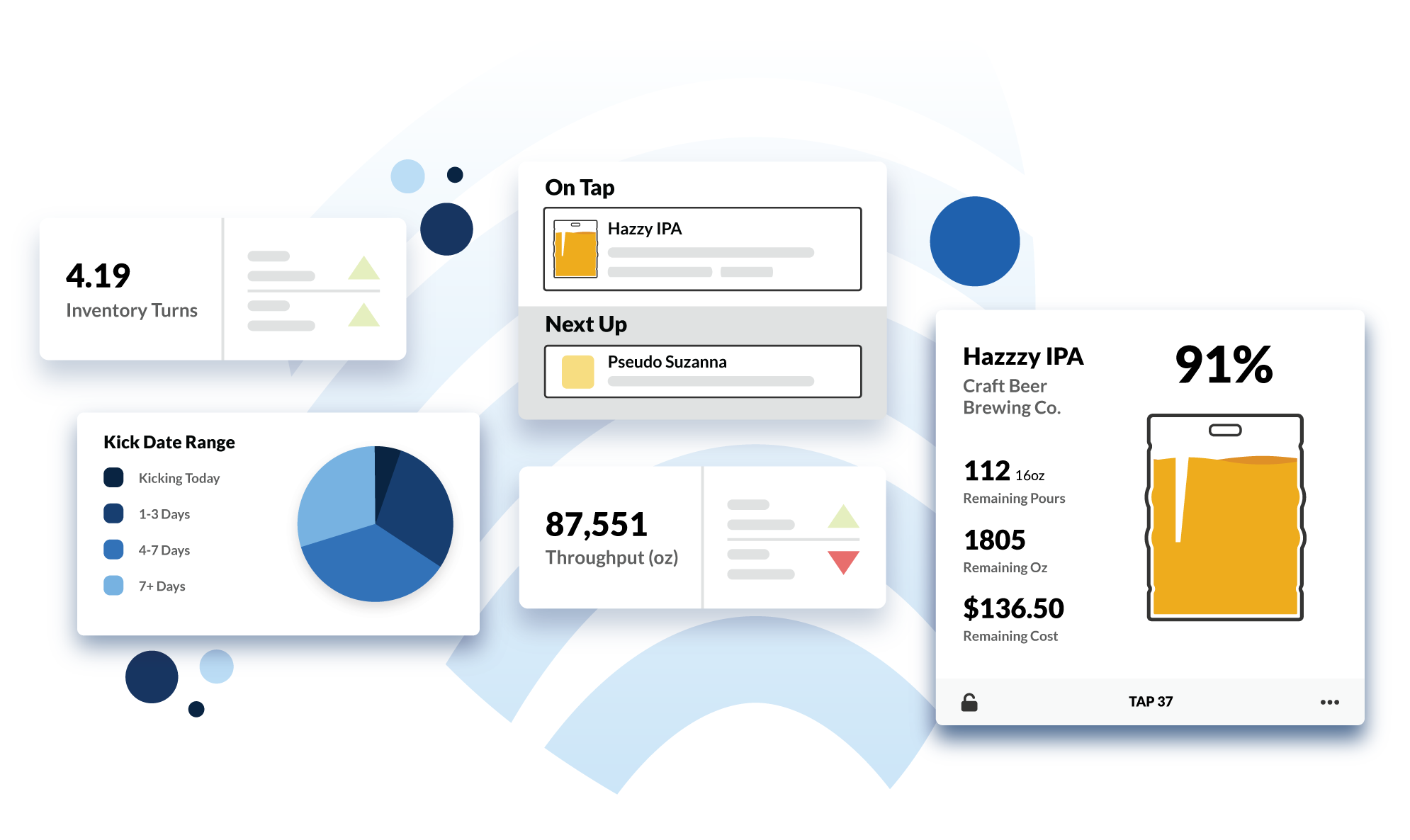